“Arguably one of the most important components of our prototype: the CEL5500 Projector from Digital Light Innovations.”

As we understand the human brain better and better, neurostimulation has continued to be widely used in the study of neural function. This research addresses the function of both healthy and diseased neural cells, aids the development of diagnostic tools for mental disorders and identifies effects of drugs on neural information processing. As the Illuminate team from Rice University’s  Oshman Engineering Design Kitchen (OEDK) posits in a recent poster project for the university’s Engineering Design Showcase, the practice of neurostimulation is limited in effectiveness by a number of significant shortcomings – chief among them, the inability to control of neurons on an individual level and the inability to analyze findings in real time. Using DLP technology, the Rice team designed the functional skeleton of an off-the-shelf solution for researchers to achieve both single-cell manipulation and real-time analysis without the need for extensive experience in electronics or programming.

The team’s main goal was to design the solution, but Team Illuminate took it one step further with an actual prototype and initial testing. This prototype incorporated a DLP projector, camera and microscopy optics into a single system – the high resolution and control produced by DLi’s CEL5500 Compact Embeddable Light Engine allowed the group to stimulate at the single cell level. To achieve the other design goals, the DLP projector was connected to a computer equipped with user-friendly software from which illumination patterns, amplitude, frequency and other input parameters could be sent. The resulting prototype was entered into the showcase as an Optogenetic Neural Circuit Mapping Device, and their effort received multiple awards and recognitions including the Best Gaming, Creative or Innovative Technology Award. 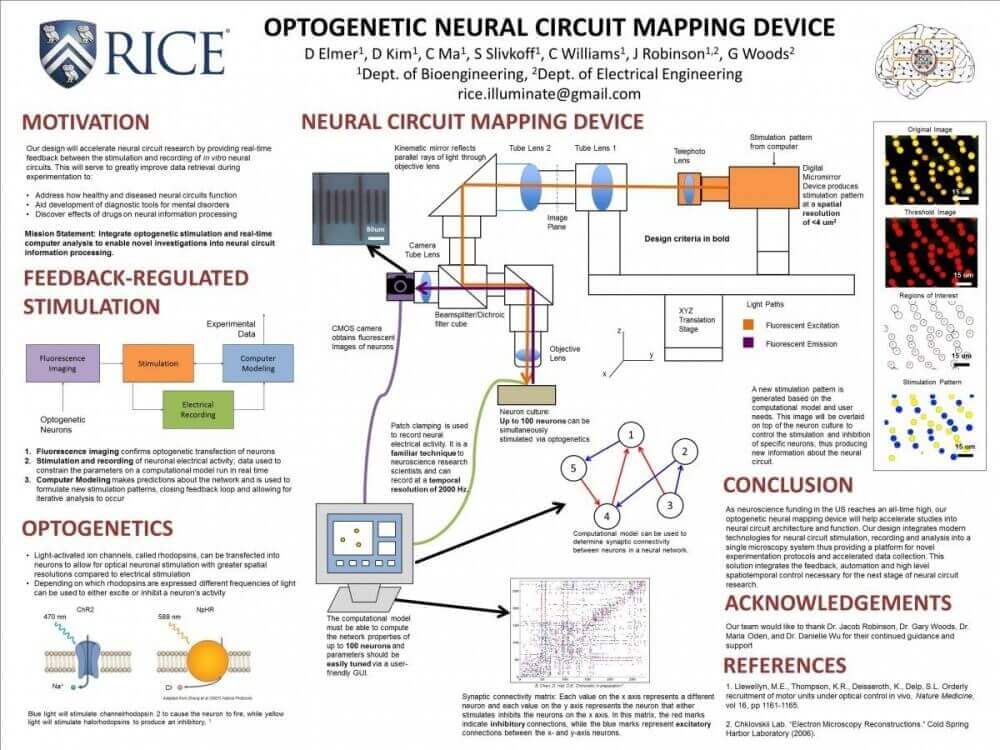 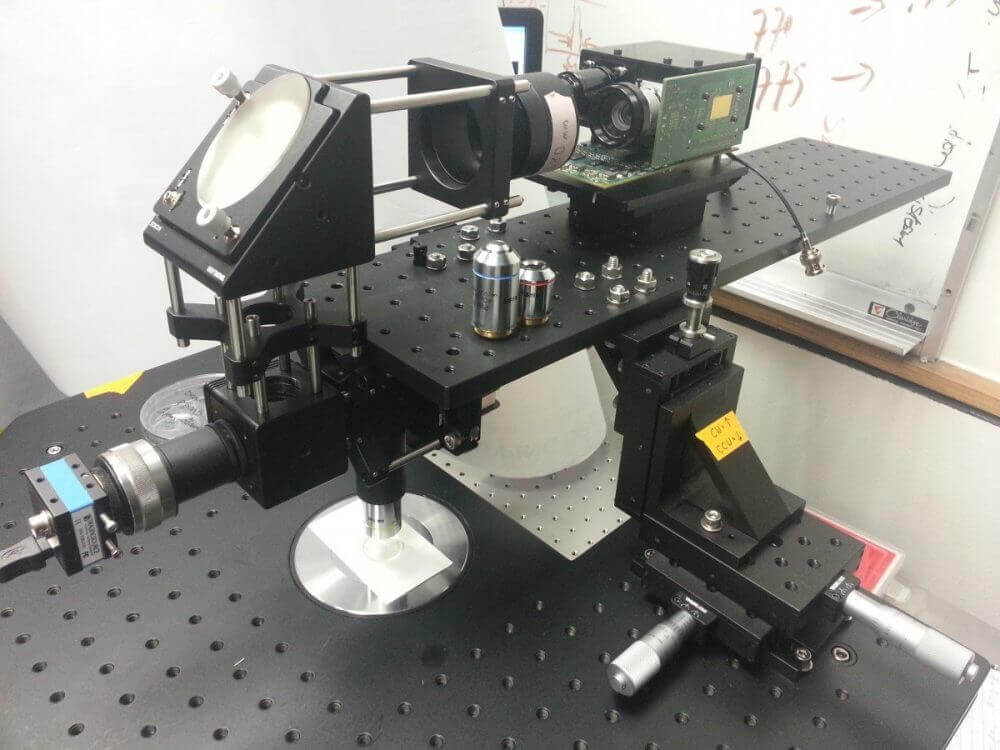 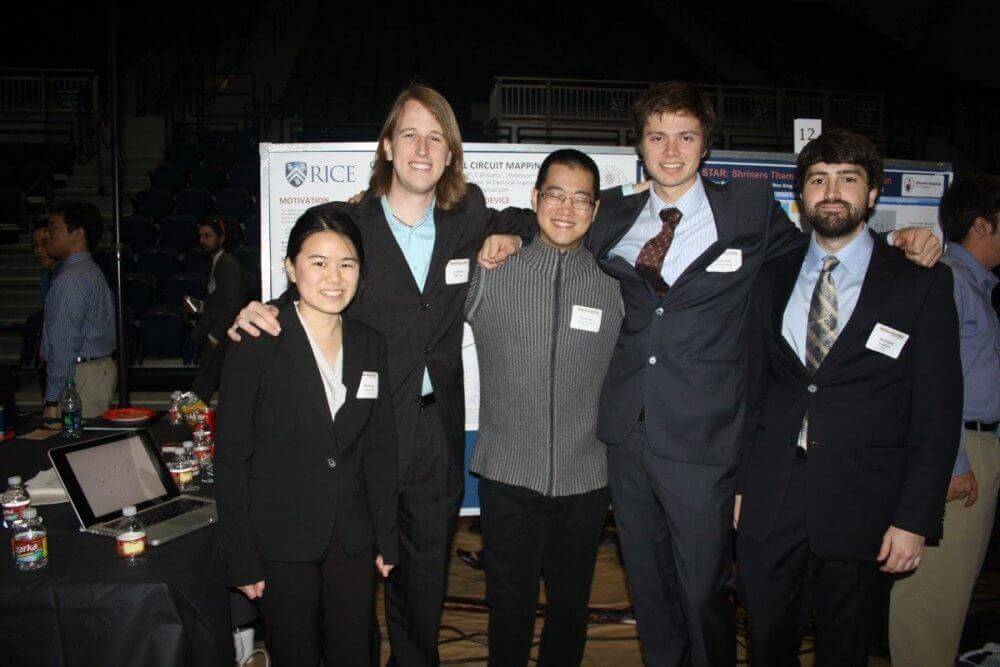 The Oshman Engineering Design Kitchen (OEDK), part of Rice University’s George R. Brown School of Engineering, is “a place where undergraduate students go to put their imaginations and engineering skills to work as they complete year-long design projects that have real-world application.” Team Illuminate was led by Dr. Jacob Robinson. The project was turned over to Dr. Robinson’s department for further development, which would include patch-clamping equipment used to record and measure the resulting voltage spikes from neurons, and the incorporation of computational modeling. The final device will be able to accurately model and predict the output of a small neural circuit.