“This work was only possible because of the custom CEL5500 DLP Light Engine system and DLi’s engineering team.”

Understanding how the brain represents visual information can help doctors develop new treatments for disorders that affect vision. The majority of mammals, including mice, are able to see colors, allowing the mouse visual system to increasingly be used as a model system for studying cortical sensory processing. Daniel Denman and the team at the Allen Institute for Brain Science in Seattle explored mouse color vision in order to examine the color signals that the retina sends to the visual cortex. Color processing in the mouse thalamo-cortical visual pathway is not fully understood, and the team wanted to know if, and how well, mice can see color.

The organization of the color system in mice differs from the organization of the color system in humans. Human eyes contain three types of cones (red, green and blue) which work together to determine which color we see. Mice only have two types of cones, which respond to ultraviolet and green light. For this reason, the Allen Institute’s project required a custom Digital Light Processing (DLP®) projector, also known as a light engine, to investigate the color properties of mouse visual responses in the ultraviolet range. The team designed a unique spherical dome enclosure and used DLi’s CEL5500 .55″ XGA Light Engine to create an immersive visual environment for the project. To administer the video stimulus, the team suspended the mouse on a disc in the center of the sphere while the DLP projector displayed the stimuli on the inner surface of the dome. 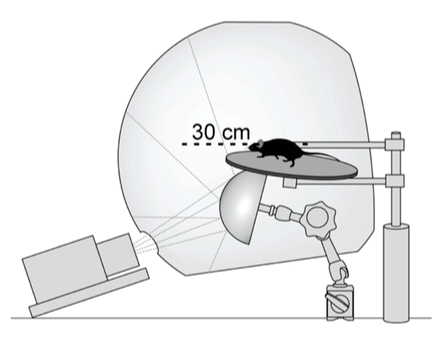 Denman and the team trained mice to respond to a change in the color of a dot at various locations within the dome enclosure by licking a spout. If the mouse correctly detected a change, a water reward was delivered through the spout. The location and intensity of the green and ultraviolet light driven by the custom DLi DLP light engine were varied while the team monitored the mouse’s perception or the neural activity across the brain’s visual system. The team discovered that mice were able to discriminate color, but only at elevations above the horizon, or in the upper part of the visual field. This project resulted in two papers, one focusing on the mouse’s perceptual ability to discriminate changes in color; and another establishing for the first time a potential device for this color sensitivity – two color-specific cell types in the mouse visual thalamus.

Additional projects using mice to understand how the brain represents visual information can help scientists create new treatments for visual and cognitive impairment. The information collected in this project will also make designing and understanding future projects utilizing mice to study how the brain generates vision easier. This is one part of a larger collaborative effort across the Allen Institute for Brain Science to explore the many aspects that determine visual behavior.

Read more of the team’s published papers in the Journal of Neuroscience, eLife, Nature.com, bioRxiv and SPIE, and stay tuned for their latest publications! 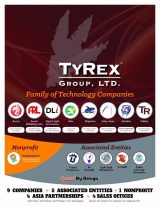